Tamás Katái and his avant-garde metal project Thy Catafalque celebrate two decades on the market. It was quite a long journey until his incredible talent was fully appreciated and his work became well recognized on the metal scene. Luckily the latest album Geometria supports this pattern and spreads the genre spectrum even further. Quite significant tool were large number of vocals guests, new writing gear and fresh interest in science. We spoke multiple times already with Tamás, including interview from 2016 and it was a pleasure again.

Do you continuously write or did the new album get created in a phase?

There was some pause after Meta. I replaced my computer and softwares and started everything from scratch. I needed some time to get used to a new approach and I also wanted something different this time and waited for some inspiration and cleaning process creative-wise.

You bring your typical unique rhythmical pattern but expanded the overall spectrum. What were your main desires to accomplish with this album?

The only aim was not to repeat old stuff. It’s not easy, I’m prone to do that so I tried to stretch out and step out of my comfort zone. I was not quite successful in that but partly managed to step away. But everything considered, this is only a game, a play of music, I don’t take it too seriously and try to enjoy my freedom.

To understand your mind arrangement and artistic approach furthermore, I would like to use an example of computer games. (I rarely have any time for them, but I remember my teenage days) Would you rather play Roller Coaster Tycoon with every aspect of your system thought out or rather dive into wildness of a battle in Call of Duty?

I’m afraid I’m not the right person to answer such questions, haha. When I was a kid, we played with games like Elite, Lemmings and Populous. I pretty much enjoyed Populous for example. It was a world building game, so probably I would better go with those ones. On the other hand games with strong atmosphere always caught me, whatever genre they were in. But really, I have not been any sort of computer gamer in the last 20 years.

Why did you decide to include bigger input from singers?
Because they are fantastic and easy to work with. My plan was a more instrumental album, closer to Sgúrr, but then Martina popped up and all has changed.

Martina Veronika Horváth is truly amazing. How did you discover her?
She approached me. I had known her earlier band Zombori, I was a fan of them so we started working right away and it was as smooth as it could be. She’s also very creative, brining many new ideas to the table and changing the direction of some songs.

Just out of curiosity, what was the meaning behind few vocals blocking at the third song Töltés around 2:20?

This is a piece of Martina’s vocals coming in and being stopped all of a sudden. That whole section with the violin is a loop, the same pattern coming back over and over again until we get through it and finally find the way back to track

What were some of the main lyrics messages?
Töltés for example is mainly about going home but basically life, passing away, stars, space, trains, sea and trees. Usual topics.

Great experiments with instruments, especially saxophone, trumpet and jazzy guitar in song Gőte. Are you a fan of Dutch band The Gathering? I spoke to their mastermind René Rutten about trumpet and saxophone in heavy rock and we both agreed, it fits incredibly, but people often have blocks because of the eighties pop. Personally I also love American avant-garde progressive band Yakuza for their work with trumpet.

I love The Gathering but not only their classic albums, Mandylion and Nighttime Birds but all the later ones as well with Anneke. In fact the last Anneke album, Home is probably my real favorite. Also, I’m ok with the eighties pop, so saxophone and clarinet are fine for me, even when they are cheesy. An Englishman in New York is fantastic.

What abou band Death and their fretless bass player Steve Di Giorgio?
He is fantastic as well! And what can you say about Death?

I love Death since early teenage days. Album The Sound of Perseverance means a world to me. Which Death album means the most to you?

I think my favorite Death albums are Human and Symbolic. I enjoy the early stuff as well but I found Death with Human and you know, this is a somewhat unbeatable advantage. But any albums following Human are very precious for me as well.

Sárember – I can’t help it, but I heard it somewhere from you! Help me 😉

You mean the music or the word? I actually don’t think I ever came up with this word before, it means mud man. Musically I could have had some similar melodies before but it was clearly not intentional.

What moods do you wish to create with evil violin sounds? Do you prefer creepy and scary atmosphere or moody melancholy? I personally hate horrors but I love to get lost in the scarier aspects of your music…

It’s weird you find the violins here angry or scary because I never thought about it. They are a bit eerie probably in Hajnali Csillag, passionate in Sárember and melancholic in Tenger, Tenger. I think my music generally lacks too much aggression or creepiness but it’s just my impression. I’m actually glad you perceive it differently, that’s great. Anyway I used my rhythm guitar distortion for the violin in Sárember, that’s why it sounds more dirty than it normally should.

What about your latest walks in the nature? Do you walk alone or with someone? Do you like to walk on your favorite paths or you love to get lost and find a way out?

I need to go out so much. I have not been up in the Highlands for a year, too much sucked in work, music and all things urban. Really need to get out a bit.

What music do you enjoy as a fan lately?
Moondog, Neonymus.

Do you think, there is a chance you will play live one day? If Ayreon can, you can too! 😉 I must say it looks great in my head, when I see the end of Sárember with massive audience clapping!

Haha, this is very kind of you, thank you. You know, I have no such plan, but who knows? Personally I’m not keen on performing as it is probably known.

Btw, was it clapping around 4:40 or on purpose damaged sound?
Surely it must be pretty weak execution if you are the second person to ask this, haha. Of course it is hand clapping. Next time I try another clapping technique that doesn’t sound like damaged recording.

What approach did you choose for the artwork? Great job btw!

Thank you! I wanted something mystical and symbolic.

What about your interest in math, physics and space?

I was really weak in math in secondary school. I almost failed my year at one point and I just passed the final exam. Physics has also been out of grasp for me. I just realized the beauty in science later and in connection with music and literature. But I am also interested in religion and culture. I am much more open now than I was when attending school which is a shame. But hey, we are learning throughout our whole lives.

What part of the mix & master did you do in Hungary? We spoke about your homeland and I always felt, you don’t feel connected to many things within habits and politics. How was it to come home?

This time I only recorded some of the classical guitars and percussion in Tenger, Tenger in Makó. I wrote the song there during one of my trips back home. That guitar has been literally broken since then unfortunately. Also, Gyula and Martina recorded their vocals in Hungary as well. Everything else happened in Edinburgh. Yes, I don’t think it is particularly healthy what has been going on in Hungary recently politically and socially. Public morale is low, we are anything but a content nation but I love my homeland and it will be always my home wherever I might roam. I sing in Hungarian because that is my mother tongue and our culture is in my soul and body. It cannot be ripped out or forgotten. 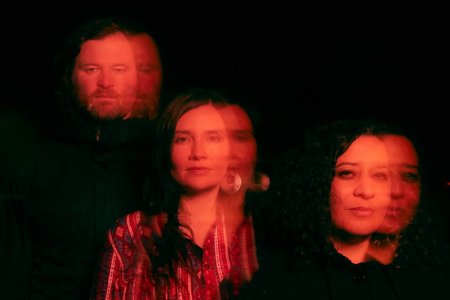 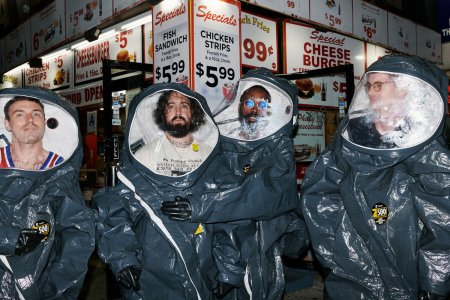 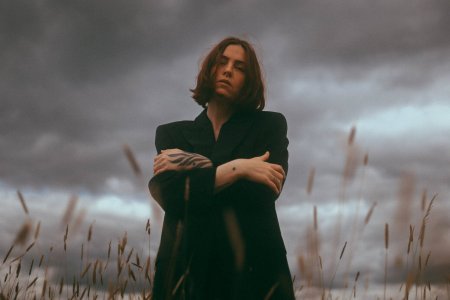 Behind the scenes of a thirty-ninth music presenta