There are thousands of bands in a global death metal underground and it really takes a talent and luck to get an attention. As a young band you rely on your friends, hopefully something unique in your sound and if possible, so genius among your members. Soon after you invest a large amount of energy and money into releasing an album, comes the marketing question. You put everything into the package including press releases, photos and hope to get some answers. The percentage of any sort of replies is often miserable and the early excitement often gets badly hurt. One of the unique approaches how to get a reply or even any sort of cooperation, I personally appreciate, is a total honesty and possibly having something in common. When I got an email from a guitarist of Czech death metal band Screaming, it blew my mind. It was an email from somebody who knows my work (interviews and music psychology series), quoted me in his master thesis and asking just for a short opinion on their debut album. I believe they deserve more than that, so we made this interview with talented guitarist Jaroslav Ondráček.

From the first seconds, I am impressed by the production, which is very professional within Czech conditions. I guess it’s pretty hard to say, but how much money and time did the production of this album cost you in total?

Well, it is very complex question. If we would count only production, it took a whole year. But I have to mention a pre-production which had started since January 2015 when I made with my brother/producer Zdeny Ondráček a first version of You Must Be A Lion. It was a first song. So the overall process took three and a half years. And money question, there has been a fixed tax in Sonidos studios and if we would count it, it will be a big number – about 50 000 Czech crowns for studio. But it is a fair price, when we consider how many hours we spent in Sonidos.

In your email, you wrote me about music psychology and mental balance. What effect has death metal on you and how does it personally help you?

Not only death metal but every good music helps me a lot. I will try to explain it generally. When you are listening to music at home or at some live metal concert you are actually doing a specific ritual which could help you release an emotion (positive or negative). I will give you two examples from Brutal Assault festival. You could mainly find negative energy in black metal subculture. Even though they would not admit that they are listening to black metal and doing devil horns because they let their frustration(s) away. Let say in 2015 I was in the pit on Biohazard show on Brutal Assault festival. At the end of their gig Billy, their singer and guitar player said: Place your left hand on the man or woman on the left and be together and dance together!” After that they played Punishment (their most known song) and every man, woman, kid, big guy, small guy, black man, white man were dancing together. That’s an example of a positive energy and potential cure for the soul. If you´re little bit emphatic and if you have emotions you must feel that spirit. It was one of the greatest feelings ever. So if you are sad, you are full of frustration and you have problem with something, you need get away from you or you could accept it and let it be. I have experience with that. And that’s what You Must Be A Lion is about. I was sad, and thanks to composing, recording and mainly playing that song I feel stronger. It isn’t a coincidence that our fans love it and they sing that song. I believe and hope it could help them because I have given my passion, love and tolerance into that song.

Btw, what are the conclusions of your master thesis?

I worked with my hypothesis which says that metalheads and headbangers (not all) go voluntarily on the edge of society. They marginalize themselves through their music, clothing and others specific rituals. Be and stay black sheep, even though that will be a wall or conflict between you and rest of the society.

Be and stay black sheep, even though it will build a wall between you and rest of the society

Rhythm section did some great job, but I am mostly impressed by the guitar arrangements ranging from melodic doom to Chuck Schuldiner’s style solos. Do you like to expand and enhance traditional death metal structures?

I don’t listen only to death metal, so I would like to evolve as a musician and also want to add something different generally. Our idea on this album was to be as diverse as we could. Now our main sources are death and thrash metal. But I also think that there are more styles in our writing. We need to be a progressive band and evolve our musical abilities generally. So I believe that we will push boundaries of these genres in our future writing. And when we are speaking about arrangements and solos I have to mention our producer Zdeny who wrote and added a lot of arrangements to our songs. We mentioned this issue in our booklet.

How do you mostly enjoy music? During Christmas I relied on an old, but still amazing sound system I have in my hometown. God bless good old Sony, which presented your debut album in class.

Mostly on a dvd player and on a CD player in my car – it is great relax within driving. I am very glad. Unfortunately, I don’t have hot sound system like you. But it´s great that our album has good sound in your “line-up”! 🙂

I was thinking about similarities, but more I thought about it, names as Machine Head didn’t fit. Could you mention three bands, which influenced you the most? I am so glad, we both share big respect for Czech hard core band Street Machine.

Ouch, I would need a bigger number.  From Czech bands there are: Street Machine, Krabathor/Hypnos and Locomotive. And from foreign bands which I mostly love, there are Fear Factory, Death and Kreator. Btw. Street Machine are great! They have a great energy. Well, Know My Spite line-up consists of five different personalities with different musical taste. So singer Míra loves mostly black metal, our bass player (he left the band before finishing the production) loved death-grind-black brutalities, second guitar player Ondroid loves melodic death and folk metal and original and band co-founder Tom loves metal-core, djent, modern waves and for example also Machine Head and Slipknot.

At the same time, could you mention few exotic genre names, which expand your horizons? My friend from Sapien loves, same as me, sad Balkan music. Silenoz from Dimmu Borgir loves country…

What does Screaming mean to you? Do you dream about touring and recording cycle or do you have rather realistic approach of keeping it as a long term fun with possible surprises?

Both. I know that there is a one percent chance to be a big name which would be touring and recording under for example Nuclear Blast. But I am doing everything what I can do for that smallest possibility. Because it is my main motivation, and thanks to that I am trying pushing and moving my limits in playing and composing. It is my vision. Screaming is a sense of life and fulfillment of a childhood dream.

Down To The Core

Regarding a track called Itami, you mentioned in the booklet: “Itami was an attempt to write a depressive and melancholic instrumental song which I would like to dedicate to people and even animals I had lost.” I am really sorry for your losses. Can you say you understood more clearly the true values in life “thanks” to those negative experiences?

I hope so. It is also a kind of self-therapy. Let the melancholy and sadness in the music and be more balanced thanks to that. A lot people had understood that this song was a filler. But I still believe that´s a good instrumentation and it is on right place. It is a last depressive song on album before You Must Be A Lion, which is positive track.

I must thank you once again for very personal and honest email you wrote me. It also affected my approach towards listening of the album. I was looking for similarities and interesting aspects, rather than listen to that album superficially. In what sense did you approach regarding other emails and overall promotion of your debut?

If I have a positive relationship with some magazine or a person, I would mention that. Because I would like to let him know that I know his work and I try to appreciate that work. Honestly, the best reaction was from you. If someone does a good job, he should be respected. We don’t respect each other and each other’s jobs in Czech Republic. We don’t respect other personalities and even we don´t tolerate any difference (for example in musical taste – it is also my opinion in my diploma thesis). On the other hand, I am a man who can honestly say someone doesn´t do a good job. If there is a chance I would say it or write it.

What are your closest plans?

Our bass player has quit the band, so we have to prepare another guy called Marty for this role. And unfortunately our original drummer wants to quit the band too. He is a co-founder and he wants to play some gigs on spring terms. We are managing also replacement instead of Tom. His name is Ondra Formánek, and he will be ready on spring. So we need to prepare our lineup for spring gigs and keep together. The main goal is to present album live best way we can. 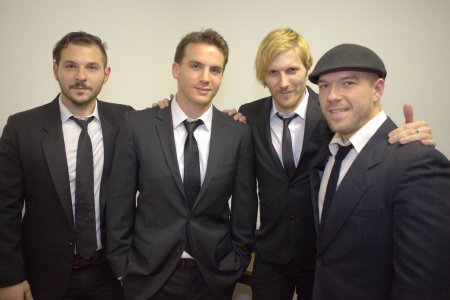 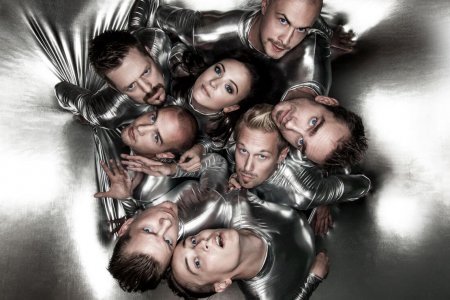