In the second part of this series I bring you feedback on three music documentaries I watched in the recent weeks: Jeff Beck – Still On The Run – The Jeff Beck Story, Rammstein – In Amerika Documentary and David Bowie – The Last Five Years. Watch a trailer, if you want, but I don’t do that. It ussualy spoils the whole thing for me. Trust me, these documentaries are worth it.

Check out the first part, including the story behind the series.

Jeff Beck – Still On The Run – The Jeff Beck Story

It was Joe Bonamassa who told me about Jeff Beck’s legendary album Truth during our interview few years ago. I fell in love with it instantly. I even bought it for Christmas to my ex-“father in law”, who listened to it constantly for weeks. This documentary helped me to discover more miracles from Jeff Beck’s career between Truth and latest release Loud Hailer. I believe the main goal of any documentary should be a great story and that’s what you are getting here. It flows very easily and each live period is backed with amazing illustrations from his car shop. Second criteria for a good documentary are great guests and good lord look at this list: Rod Stewart, David Gilmour, Jimmy Page, Eric Clapton, Slash, Joe Perry and many more. I am also very glad they invited Beth Hart and Jennifer Batten who told me personally some great stories about Jeff.

Rammstein are masters at keeping a mystery around them. Since the day I got their first albums, at the end of elementary school, I would get into discussions about their personalities, motivations and mental health. It’s hard to find someone who never heard about Rammstein, but only hard core fan club members know the band in detail. With this documentary, all of the walls and boundaries suddenly fall. In Amerika Documentary will show you every step of their career since their low budget early days, through first accomplishments and frustrations until full production during the latest years. I just love the feeling you get when you are done watching it. Suddenly you feel: „It all makes sense!“

David Bowie was a figure I didn’t and was not interested to understand. I came across his name hundreds of times, especially through my older colleagues in music magazines but I always said to myself: “I need to concentrate on so many other artists.” It all changed with the album The Next Day (2013) which just blew my mind. One of the arguments to check it out was my deep respect for legendary bass player Tony Levin, who participated on few songs. I love the natural feeling of the tracks and when it comes to How Does the Grass Grow, it’s a true peak. If it was even possible, the respect for David doubled with his last album Blackstar. No words needed to describe the album, but I felt a big need to learn the background of this fascinating release. This documentary will do just fine. In general, David Bowie motivates you to go absolutely unknown places even if there are doubts and confusion. According to his words, this is a feeling you should seek to make something amazing. RIP master. 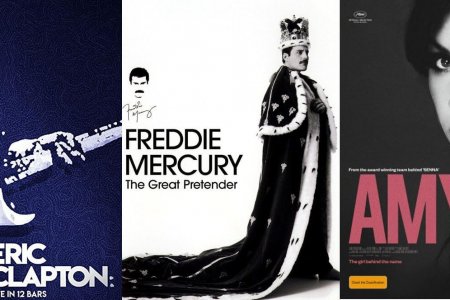