Dear readers, in the Music Psychology series, we would like to offer you a view at seemingly obvious topics within the music world from a different perspective. This time it will be about masks. My guest is a respected music therapist and a member of the board of Music Therapy Association of the Czech Republic (CZMTA) PaedDr. Lubomír Holzer. You can check the first episode here with the background of this series, as well as more information about Mr. Holzer.

Photos of Slipknot by: Milan Říský

Originally came out in 2015/04 issue of Czech magazine Muzikus.

If we look closely at one of the strongest aspects of shock rock, masks and make-up have played a crucial role for decades in rock music. They serve as a powerful marketing tool, sometimes as a replacement for poor musicianship, but at the same time as a deep representation of one’s personality, ranging from hunger for fame to domestic abuse.

A true innovator of shock rock was Alice Cooper, who made us dance back in 1975. Alice Cooper brought theatrical elements into hard rock music. Sexual scenes, fake blood, crazy masks, make-up, nudity and brutality, whether real or acted. Those are just some of the attributes of shock rock. In the early phase, musicians had a motivation to scenically illustrate music and provoke the audience. For many musicians it was a way to enhance their personal expression or a hidden protest against the establishment and consumerism. That’s typical of rock music. In the days when Alice Cooper showed up on the scene, most musicians could sing and play well. Much later, we could see shock rock elements being used to hide a lack of skills. The same goes for using in-your-face marketing and provocations, especially in the nineties. Projection of childhood trauma, use of drugs, sexual orientation, dealing with parents, school, system of power and the fight against everybody and everything. Those are subconscious motivations of musicians using shock rock. Musicians are generally more sensitive to issues in society. Unfortunately, as the change doesn’t happen fast, it pulls rock artists towards shock rock. At least for a short period of time, they become Batman or Spiderman in a latent desire to save the world, even if it means in caricature form. Sure, there is a number of young artists that superficially use shock rock to get attention. But they usually explode only for a short time and soon disappear as disturbed fireflies.

How come the fans can relate to those artists so fast? Is it because of the strong image or they understand their idol psychologically, as they are both misunderstood by the general public?

Fans often experience or deal with the same problems as their idol. Identification and self-projection are always present and that’s also a strong motivation to be present at a concert. People often cannot describe what is bothering them in words, but they feel it. Musicians can show them their feelings and thoughts in an amplified form. Fans are looking for a connection within a community and to feel secure at least for a short moment. It is provided to them by their favorite band, speaking to them through a mask, often covering a distressed existence.

Using a different case, for example in the black metal scene, the priority is not always a massive scary show. Face painting, next to the presentation of an alter ego, is supposed to express faith in yourself, ancestors and also a strong connection with nature.

Musicians often relate to our roots and get inspired by them. Returning to nature is a very hot topic as the current society doesn’t provide any ideas or solutions. Therefore it creates a space for such thinking and emotions. Archetypal rituals, where masks play a crucial role, are suddenly becoming attractive and show their hidden powers. It will naturally be reflected within rock music, which tends to stay independent on a mental level. Rock music is often straightforward, powerful and carries a strong message. Fans are waiting for that. The group of abandoned bumblebees gets their nectar. 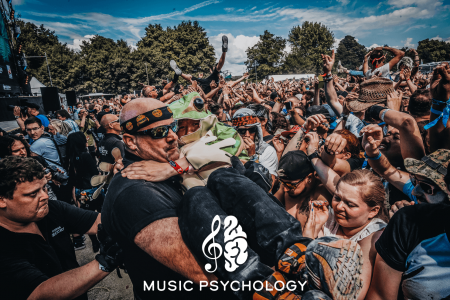 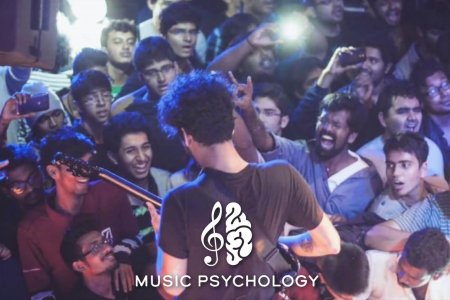 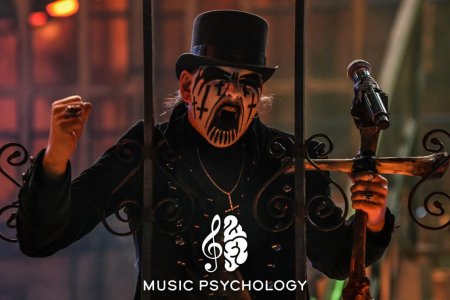 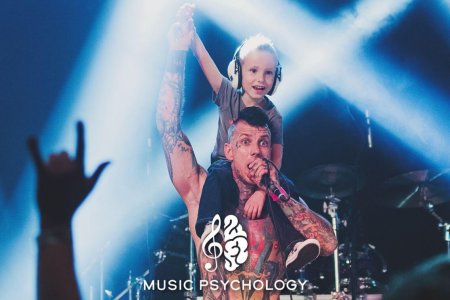 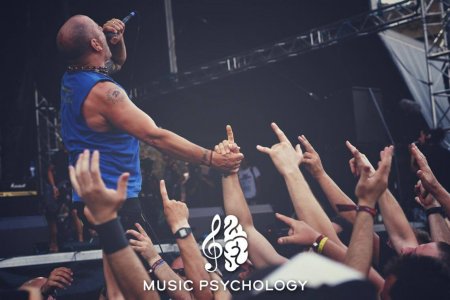