The Animal Kingdom is a second album from rock band The Gringos including four Americans and one Brazilian. Guitar based bands are getting formed all around the world, but rarely there is a case, where music truly reaches your heart. At first, I remembered ZZ Top, which I love since childhood, but soon I realized even better comparison. Rock arrogance and sexy passion created an image, if these two unique bands combined: Audrey Horne and Philm. We are witnessing surprisingly mature arrangements, where I even hear elements of post rock and on top of all that, there are occasional macho moments of a frontman, which reminds me in of Corey Taylor from Stone Sour in harsh vocal moments. Yes, there is a very low chance you will get see these guys in the Czech Republic, but The Gringos are true example, rock quality is not limited by geography. 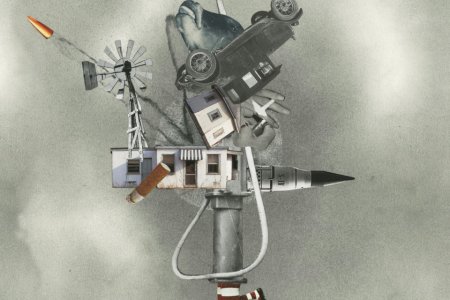 Review - Dream the Electric Sleep - Beneath the Dark Wide Sky

Thank you for all bday wishes and many great prese