You might have heard about Dorian Sorriaux as a guitarist of Blues Pills. Swedish young stars have experienced true rocket start but now they enjoy well deserved break. Intensively complimented guitarist has used this time to release his first solo EP Hungry Ghost, where he gave space to intimate folk songs he was writing lately. Our interview covers the background of this record, as well as his gear collection, but we also spoke about a work of Hungarian-born Canadian physician Dr. Gabor Maté which was a big inspiration regarding lyrics. However, first of all, let see Dorian’s top ten albums.

You can check a list of Zack Anderson, bassplayer from Blues Pills here

ZZ Top became my favorite band when I was around 4 four years old. Within a year I had bought all of their records and that’s the reason I wanted to start playing guitar. I could have picked many records from them especially all the 70’s ones which are awesome. Rio Grande Mud is such a great blues rock album that features Billy Gibbons’s guitar tone and I still remember being blown away as a child just listening to the riff in Just Got Paid.

Another huge influence for me growing up and learning guitar. I first heard the Live at Montreux from the 70’s. I could hear in two seconds of a guitar solo if it’s Rory playing. He had his very own sound, feeling and phrasing and I always found that inspiring. He was also one of the greatest frontman in my mind. Really charismatic and he would get totally into the music in an intense way without ever feeling too much or forced.

This was the album that made me love folk music. I bought it when I was 14 years old after my cousin told me about it. Old Man was the first song I totally loved right away and then I realized the whole album was incredible. It’s just good songs on it and I like the fact that it’s just Neil and his piano or guitar. You really hear Neil’s personality and sense of humor as well between the songs. I don’t know how they recorded it back then but it’s one of the best sounding live albums I’ve heard.

A big influence for Blues Pills, this is my favorite Fleetwood Mac album. The songwriting is amazing and it highlights Peter Green amazing and tasteful guitar playing. He is a really good example of how the guitar melodies and solos can bring something to a song without being a moment of showing off skills.

Van Morrison may be my favorite singer and this is one of my favorite albums he did back in the 70’s. It’s not the most known album, to me it’s similar to Astral Weeks but he goes even deeper in songwriting. There is amazing dynamic throughout this record, slower songs and more intense moments. The lyrics and vocals are perfect and he pushed his voice more than usual on that one.

This is an incredible record produced by Graham Nash. The title track might be my favorite song ever. Terry Reid has one of the most powerful voices I’ve heard and he is so good in using it at the right time. He knows when to hold back and when to push it all the way which gives a great feeling and dynamics when you listen to it. I often listen to his songs looking forward to the final part that gets intense and powerful after building it up throughout the song. It’s a good sign when you’re loving a song yet you know the best part is coming at the end.

This is an awesome psychedelic soul record. Produced by Norman Whitfield, it’s a really special album as I haven’t heard anything quite like that one. There is fuzzy psychedelic guitars, really groovy songs and even a Neil Young cover. This was a big inspiration when we did Lady In Gold album with Blues Pills.

One of my biggest inspirations for acoustic guitar and this is one of his best albums in my opinion. It has the folk element that the early John Martyn albums have but he is starting to experiment a bit, adding amazing stand up bass playing and fender Rhodes arrangements. He is one of those musicians that you can really feel was putting everything he had into the music and that’s really inspiring to me.

My favorite jazz record. I like long and spacey jazz songs and the title track of the album is a really good example of that. The musicianship and guitar playing is out of this world, technical yet really tasteful. I put on Timeless every time I want to relax, close my eyes and listen to a song that’s more about getting you in a nice state of mind as opposed to a catchy song to dance to.

A superb prog album! The keyboard player was so good and the riffs are original and catchy with great vocals. They are one of my favorite bands in that genre. They didn’t overdo things and they had great songs that could get heavy and groovy with great musicianship.

ZZ Top were the reason I wanted to start playing guitar

A ZZ Top album, I can’t remember exactly which one as I basically started to buy all their records with my pocket money from the time they became my favorite band when I was 4 years old.

As Muzikus is gear oriented magazine, please present to our readers your gear collection, which you used for your debut solo EP?

The EP was recorded entirely on an 8 tracks tape machine, one microphone picking up all the main guitar and vocals at the same time. I had a couple of my 70’s Guild acoustics, a dreadnaught and a parlor size as well as a newer Gibson j45. Then we overdubbed some fender Rhodes and vibraphone.

What was the motivation for starting your solo project? Were you looking for a platform to share ideas, which wouldn’t necessarily fit for Blues Pills?

I had been working on more acoustic songs for a while but I never thought about releasing them even though folk music already meant a lot to me. When we decided to take basically this year off with Blues Pills I thought it was the best time to develop and focus on the more intimate folk songs I had been writing. And when I started to focus more on that, I wrote the songs for the EP and recorded them so it just felt like a natural process to release them and start playing shows.

Artwork is truly amazing. I actually loved going through the individual pictures from Nicholas Roerich. Your music fits to its atmosphere perfectly. What were you sources of inspiration for the mood of the album?

Thanks, I’m really happy I could use this artwork collage. I usually get inspiration from moments in my life that were emotionally charged. Painful moments have been inspiring me to write quite a lot, it’s a way to heal myself from those experiences and to channel them into something deeper like in a song. Maybe that’s why the mood of the EP can feel nostalgic and melancholic. I don’t seek pain to find inspiration but I think the more I’m moved emotionally from an experience, the more likely I will turn those emotions into songs.

Thank you for a tip on a book called In The Realm Of Hungry Ghosts. I am currently in the middle of career change, as I was going through the difficulties you mention this book was about. I am sick of corporate and consumption environment, which sucks all life from the people, who come home too tired to work on their dreams and to be a proper partner/parent. Do you find this book helpful in enriching one’s life?

Absolutely, Dr. Gabor Maté has a unique way in my mind to help people to get out of their suffering. He is one of the few medical doctors that seem to look at the entire mind, body and spirit of a person before recommending a treatment. He understands the importance of healing trauma and his books highlight the fact that the most tortured individuals are usually the most left out in our society, which of course only perpetuates the darkness in their lives. The beauty in this books is that it will give you awareness of what kind of deep pain a lot of people are in, which hopefully inspires us to be more kind and open to people in need. And it can also show you some behaviors you may have that are actually destructive and not helping you.

I also loved your inspiration for Need To Love. I always love to walk bad neighborhoods, especially when I was working in fancy corporate areas. We had a Red Cross center close to our office. When I felt totally depressed from my corporate work, I went for a cigarette around it and slapped my face: “Go back to work pussy. You have a good life. Look at them.” Soon I was organizing collections at work for Red Cross and at the same time organizing music presentation sessions for blind.

Music For The Blind – Session 4

These sort of experiences, as well as melancholic walks in bad neighborhoods help me to remind me to see the true faces of life. What effect did you walk had on you?

Need To Love is probably the song on the EP that’s most related to the Hungry Ghost concept in Dr. Gabor Maté’s book. It’s a strange feeling to meet people in such a deep state of darkness and self-destruction. It kind of took me out of the day to day reality and made me realize that my life wasn’t so bad as you said. But it also made me think of humanity in a larger scale, I don’t have the answers that can help those people but I definitely felt empathy in that moment. So I wrote a song about it. 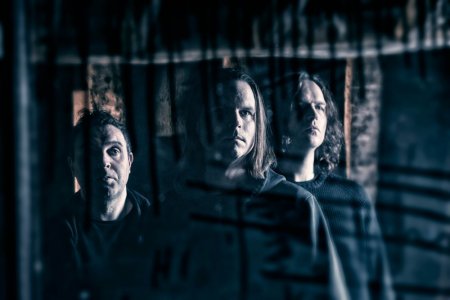