Twenty-second music presentation session for the blind and visually handicapped took place on 5th of February 2020 in the presentation room of Czech agency SONS (Czech Blind United) in Prague. I was really honored for very positive feedback from the previous sessions, therefore I prepared a playlist based on visitors’ preferences and also added some pieces to expand their musical horizons. You can find the background of this story in an article about the first session here.

Congratulations to Rising Appalachia, The Pineapple Thief and Genesis.

During the previous sessions I have used number of songs which I truly love, therefore it is getting more challenging to come up with more and more songs. Luckily there are many that I come up based on listeners’ feedback or from my current journalism or personal experiences, which I share in between songs. My guests surprise me each time with their preferences, which pushes me to experiment within genres. I usually concentrate on prog rock or ambient jazz, but I am more than open to add everything from experimental metal through avant-garde electronics or lounge jazzy pop.

It’s a tradition we start with something heavy and energetic. I know The Pineapple Thief through Kscope label for some time already. Especially because of an amazing album Magnolia from 2014. Plus we also conducted great interview with their frontman in 2017, to cover not only another great release Your Wilderness (2016) but also mighty Gavin Harrison joining them on drums. Lately I got back to their work during my trip through Myanmar, as I remembered their Dissolution album from 2018 and it worked well with its atmosphere for night bus trips. It’s a hell of a great piece within progressive rock and it also carries some of the greatest lyrics Bruce Soord ever wrote. Next to it, they really surprised me by planning a show in my hometown Ostrava towards the end of the year. Therefore, to present the band properly to my guests, I have chosen great live version of their big single In Exile from 2016.

During 2019 when I did big number of video interviews for Czech TV Seznam I really enjoyed expanding my horizons next to rock or metal icons. One of the greatest discoveries was world music sister’s duo Rising Appalachia.  We had a great video talk about their travels, love for summer storms and future plans. They promote piece in mind and their music brings really great setup to do so. Congrats for the first place.

On the other hand, there were not only fun memories lately. This session also celebrated some artists which left us forever in the previous days. One of them was legendary Czech guitarist Ivan Kral who was a member of Patti Smith group and he also cooperated with Iggy Pop and many more. True Czech legend died second of February and in his honor I played one of my most favorite tracks from his discography: Mystery Girl from album Always (2014).

After that I made a generation jump reacting to a quite frequent phrase from older progressive rock fans: “Today’s generation doesn’t have a sense for progressive rock.” Well, I beg to differ. There are not many, but Czech band Šamanovo Zboží is doing in the past couple of years very solid move to follow up with a long tradition of prog rock/art rock appreciation in Czech Republic and surrounding countries, especially Poland. With their latest release Čtvrtá polnice they even got nominated in two categories in Czech “Grammy” awards called Ceny Anděl. I had an honor of being picked as one of the judges starting this year and I voted for them.

I am always eager to present some inspirational and impressive tracks, because I take it as one of the best compliments when somebody says after a track: “Wow! That was amazing, man!” But I am also all in favor of fun stuff. Therefore I was really happy about a first audience choice from one of the stable guests taken care by Steve’n’Seagulls.

After a break it was time for another part of paying respect to the ones who left us forever. In this case Sean Reinert who died on the January 24th. He was a member of iconic band Cynic, played on cult Death’s release Human and participated on two albums from American progressive metal band called Aghora. This band was one of my precious discoveries, when I was a teenager. As I knew I couldn’t possibly manage to cover all great music which is coming out, I decided to build a specialty in certain area and it were a female fronted rock and metal bands. I acquired some unique things as Japan edition from an amazing Swedish band Amaran and checked bands from all over the world whether it was Israel, Lichtenstein or Greece. I supported and spread around my friends so many of these bands, but for some reason I kept Aghora’s Formless album for myself. Simply I didn’t believe people around me were ready for a masterpiece like this. If you asked me today, it would still be in my top ten all-time albums list. Funny thing happened when I ordered this album through a music show in my hometown Ostrava couple of years ago. On the first try I found Kaspersky antivirus inside. Luckily the dealer managed to get a proper one very soon. I kept this fun story and Aghora’s music for myself until now, until such a strong impulse came from Sean’s death. He was truly an incredible musician and he will be missed. I extremely appreciate meeting him in Prague in 2013 during Death To All tour. RIP amigo.

I am massive music documentaries fan and one of my all-time favorite is Together and Apart about Genesis. Yes, I understand the critics, as the makers totally ignored Ray Wilson phase, Steve Hackett solo career and incredible album Selling England by the Pound didn’t get adequate space. But it is still impressive piece of work, covering their early stage, Phil Collins era and majority of their side activities. It motivated me to cover Genesis albums from Phil Collins’ era I never heard in my life and so far The Duke is a current winner. I always appreciated they can write great pop songs, but support it with their incredible touch for progressive rock. I mainly love track Duches, as it almost a storytelling pop track gradually progressive and keeps your attention to a maximum.

Another great recent discovery came from a Hungarian frontman of legendary Norwegian black metal band Mayhem. I spoke to Attila few weeks ago and we exchanged number of music tips. However, one band he was emphasizing the most were German Bohren & Der Club of Gore, whose Tief Gesunken track totally blew my mind. These guys come from an extreme metal scene but moved into ambient music where a crucial role is taken by a saxophone. Absolute perfection.

I might get some negative and surprised reactions, but I still don’t understand latest Nick Cave album Ghosteen. I heard a great deal of compliments on it from an American band DIIV and I must say I love his previous album Skeleton Tree. But so far I the feel the same amount of passion as for tracks from his previous album, only for a track Hollywood.

As I played couple of longer tracks that day, therefore there was no space for bonus. We had time only for the second audience pick. I left it to one of the organizers and a gentleman who always does a great introduction speech. Thanx Karel Novotný. He picked a track from one of the most legendary female fronted Czech progressive rock bands called Stromboli, consisting of some of the greatest progressive rock artists of pre-revolution Czechoslovakia. Each member was a legend and they truly had skills to get worldwide attention. But due to a communist regime, their cult status was built only within our borders.

Next session is planned for 3rd of March. 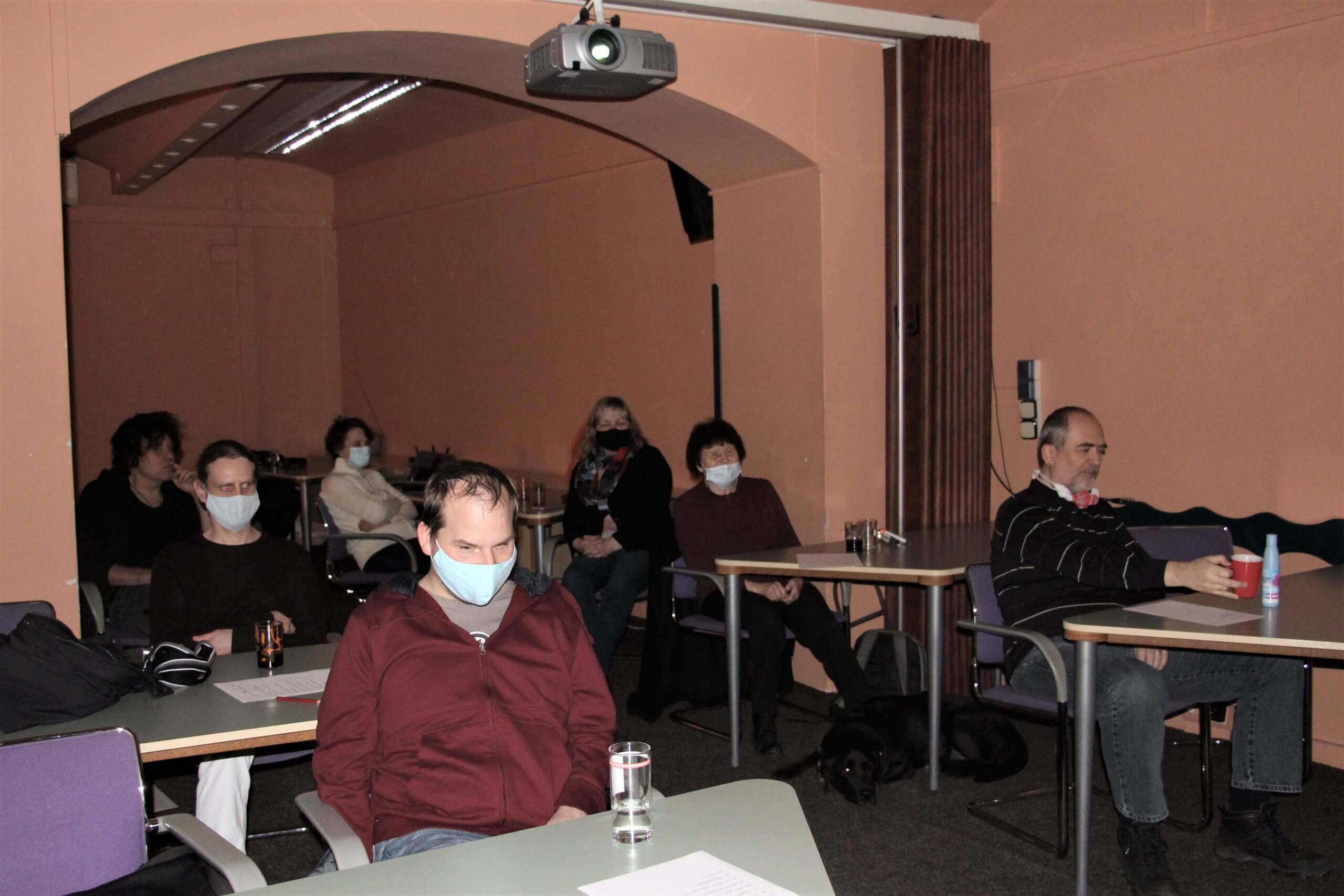 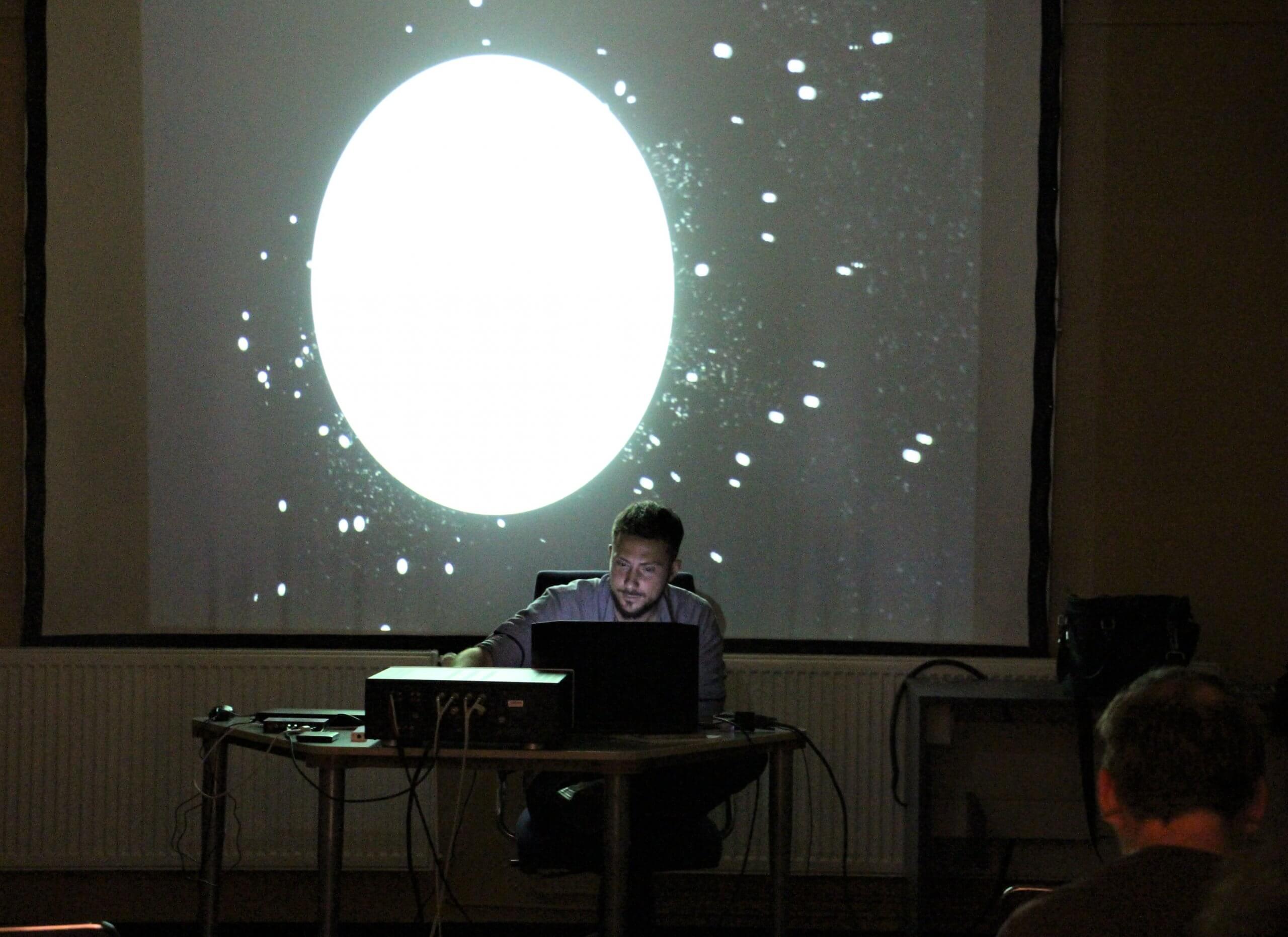 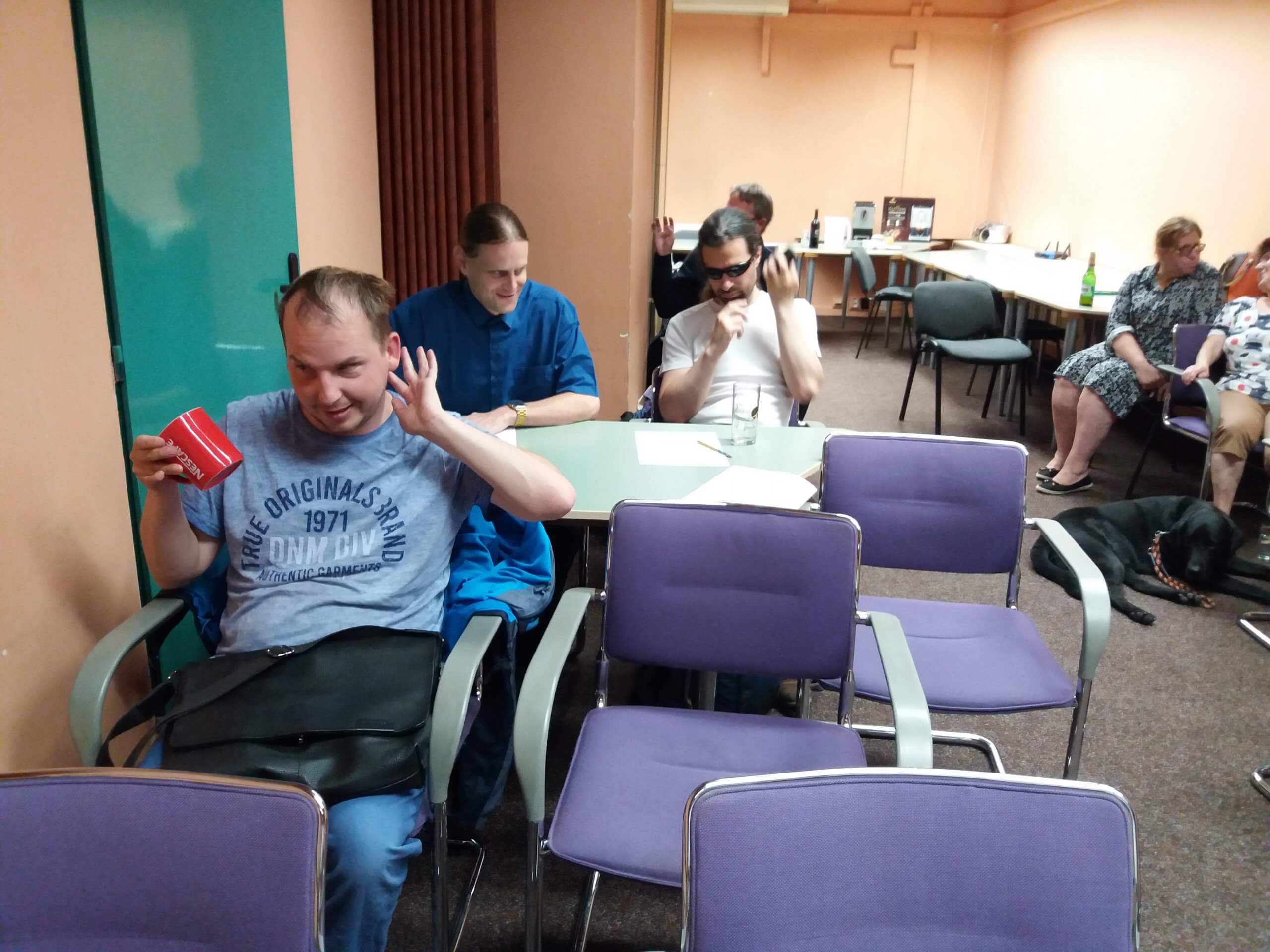 Music For The Blind – Session 26 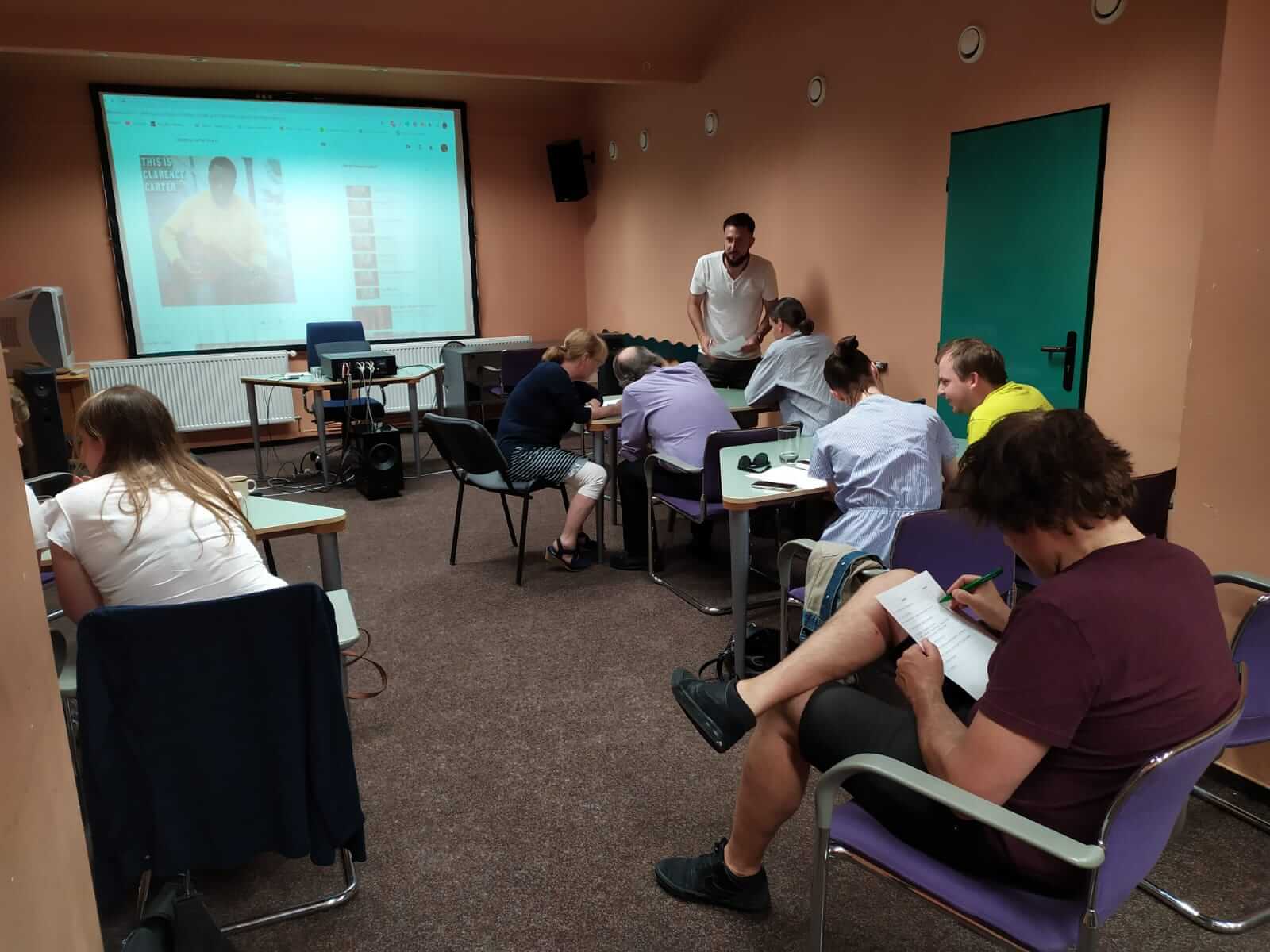 Music For The Blind – Session 25 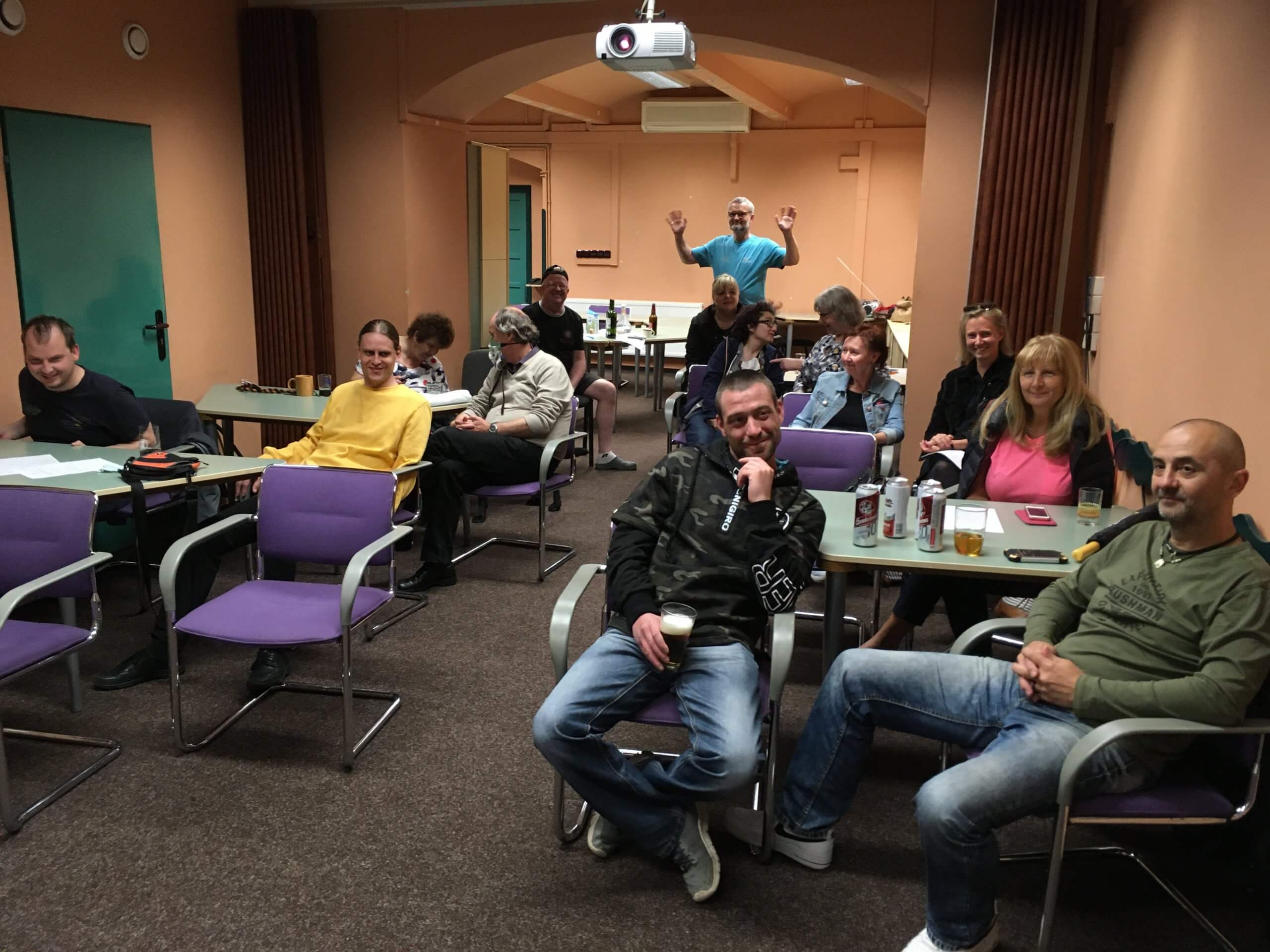 Music For The Blind – Session 24 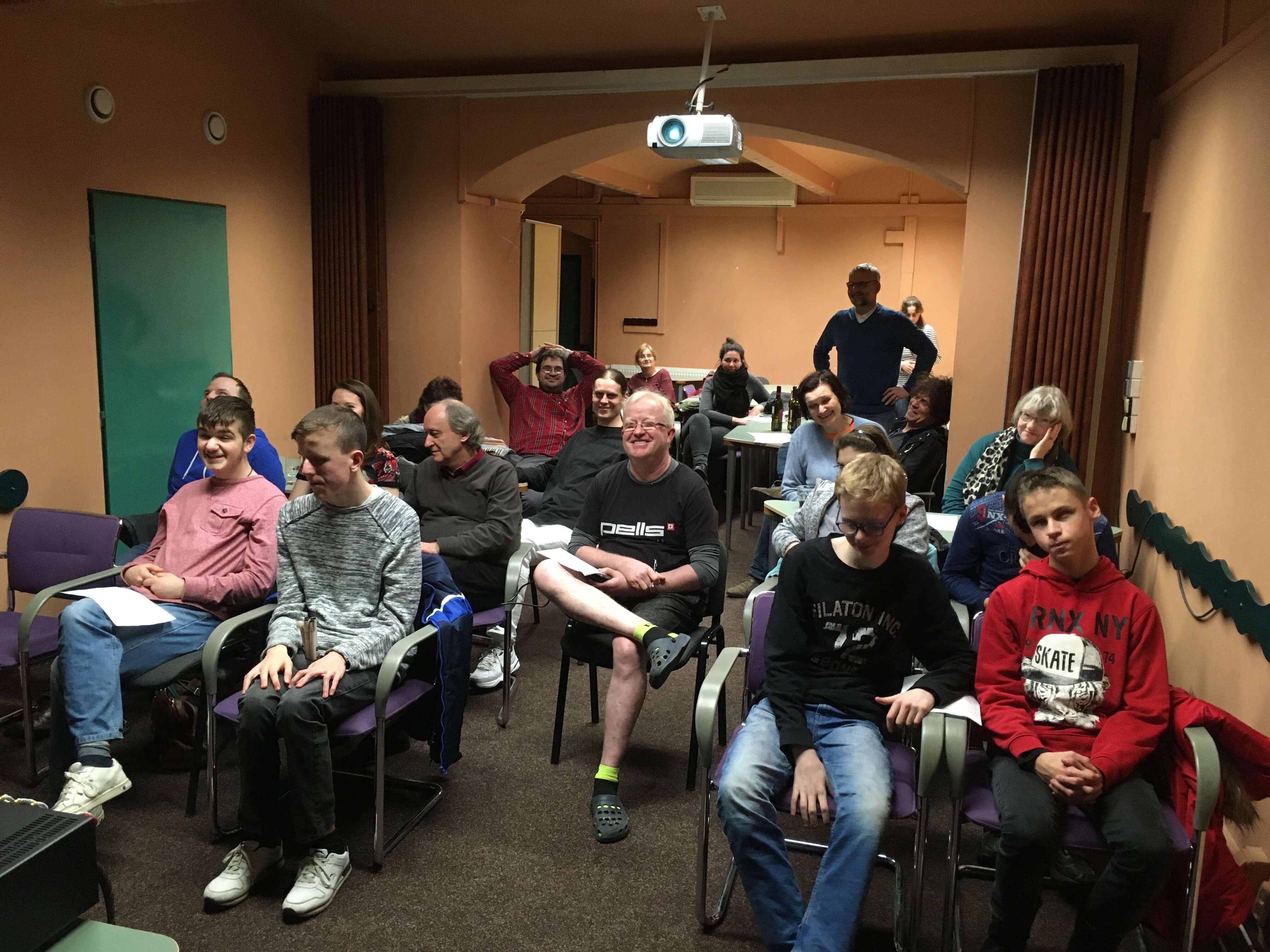 Music For The Blind – Session 23