I started these discoveries series some time ago, as the amount of new music and random discoveries was so huge, it was simply impossible to cover it by just yearly The Best Of lists. Time to time it happens that I get exposed to so many albums within one genre that it calls for a proper summary. I was planning to name this one “Music Discoveries – Dark Ambient 2”, based on the first part, but there were just too many black or death metal albums, it wouldn’t fit. It this article you will find albums within black metal, death metal or modern djent. Even if they can be sometimes quite heavy and intensive, I still appreciate their taste for atmospheric values within dark music. I got to them based on the winners of Metal Storm awards. Ussualy, I acquired first two albums within each category and gave it a listen during our family vacation in Italy. I enjoyed them in one headphone (to be aware about the people around) or both while I was snowboarding alone or freezing my ass off on the lift.

List of albums to go through was massive, so I wanted to cut off couple of albums fast. Portuguese Gaerea ruined my plans with their debut, as it was clear to me after a couple of minutes, this is worth a proper attention. It has everything I am looking in modern black metal. Mainly it provides a massive wave of energy, which paradoxically puts my busy mind in a calmer setting. Next to it, in order to fully dive into it, I have to believe every note – check! In general, calm setting  is actually very intimate. Later on with trust, a view gets slightly distorted and you can let the mind think about deeper aspects. Tracks are intense, yet melodic and it is a great soundtrack for digging into the hidden parts of your conscience. It was also a great companion for an appreciation of the surrounding. It supported the massiveness of the mountains and it was perfectly switching between heavy section and ambient fields. These guys will do big things in the future.

Talking about diving deep in your thoughts, one hell of a great tip came from my colleague David at Headliner magazine. We are both fans of ambient black metal and we found common obsession in Gaahls Wyrd debut album. I really loved his comment on my video interview with Gaahl: “It’s awesome interview man. But you have to send me these things later in the evening. Now I have to get high in the middle of the day, as I really want to listen to some GastiR – Ghosts Invited.” After this comment he gave me his main personal tip – Hallucinogen from French atmospheric black metal institution Blut Aus Nord. He is a heavy smoker and I must say this album really deserves to be enjoyed under some influence of your choice. It’s a fascinating world filled with colors and unlimited number of roads to take. It has plenty of blackish base, but it can take you somewhere with industrial/dark wave guitar effects as well as with ambient melodies lead you into your subconscious.

Talking about epiphanies, self-progress and finding ways into your subconscious, the most interesting album within this field was Cairn from one-man black metal atmospheric project Mizmor. It is also the one which took me the most time so far and I am willing to invest further more. Massive wave of motivation came from his interview with Emma Ruth Rundle. Rather than getting into even deeper analysis of the album, feel free to enjoy couple of quotes which resonated the most with me within this interview.

Immortal without Abbath? Hard to imagine, right? But to be honest, I was never much of an Immortal fan. Not even mentioning Abbath’s solo career. Yes, I am addicted to their iconic track One By One but their overall approach was never close to me. Based on winning Metal Storm’s The Best Black Metal Album Of 2018, I thought to give them another try and right away I thought: “Who will take Abbath’s responsibilities?” Vocal and guitar parts were taken care of by Demonaz, who left the band in 1997. All of these factors led to the point, where Immortal are starting an amazing era in their career and they well deserved to win their category. They serve characteristically rhythmical structures and specific riffs, but the portion is well balanced. Especially, as the whole album shows massive wave of creativity. Short atmospheric parts naturally move into epic melodies and insane solos. Once in a while I get reminded of why I didn’t like Immortal in the first place, as I could sometimes spot Abbath trying to get there, but they quickly move away. There are no cheesy elements in the lyrics, track names, album cover. Just pure Immortal. Everything is finally in the right place

Here is the interesting comparison with Immortal. Necrophobic is a melodic black metal/death metal from Sweden with a long tradition and not many line-up changes. By their long term work they were awarded by winning The Best Melodic Black Metal Album Of 2018 at Metal Storm awards. They will also play at Brutal Assault 2020 and I love the cover of their latest album Mark Of The Necrogram. But it simply didn’t click with me, as much as I wanted. It would be just a perfect combo and I really hoped it would work. But the ideas and arrangements didn’t hit me, as with other albums mentioned in this article. Brilliant cover does its job connecting to music, but in a such a cliché way, it is tiring me. I am really sick of any satanistic lyrics these days as well as “Uuuuach” vocal enhancements or tracks names as Tsar Bomba.

Night Verses – From the Gallery of Sleep

And finally an album, which deserves to get a couple of more tries before I will make a final judgment. There are just too many factors colliding. First of all, I am a long term fan of djent, post metal, ambient metal and math rock. But in the past years, I lean towards its “lounge” departments. “Less is more” might be the phrase which is killing Yngwie Malmsteen. Not that I am not able to digest massive amounts of impulses. They just need to have a meaning in the track for me and the fact is, I don’t feel it all the time. Even after multiple listens, sometimes you just cannot lose a feeling: “Is it really necessary?” “Are you trying to create songs with a depth or what is your intention?” Crazy exhibition moves into unrelated ambient section and suddenly it gets cut off by another exhibition. There are so many great, rather said f*cking impressive moments, rather heavy or atmospheric, but at the same time there are plenty not fully useful or strong elements. It will take time and I believe through time, I will understand more of their intentions. So far my most favorite is a track called No Moon. I was enjoying this album, while I was walking in the nature, in the open fields with no one around. And in this track, I really felt as I was in the space. I felt its greatness, insane powers of physics and I was fully ok even with the crazy intensity of the music. I only did not understand the message of the intro comment. Not much as I did with let say in the case of post metal bands Junius or Long Distance Calling.

I will with time. In the meantime, feel free to comment your feelings on this or other albums from this article. 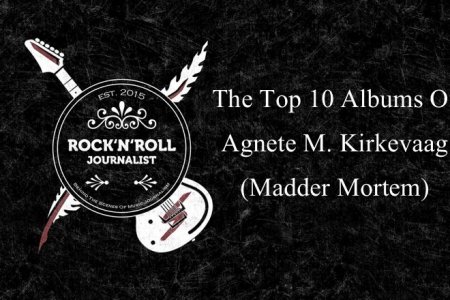 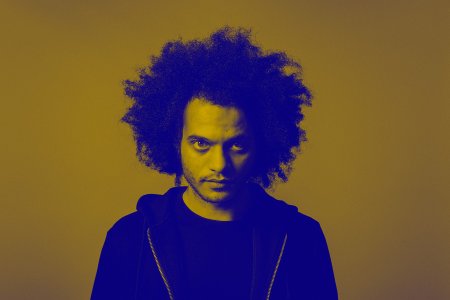 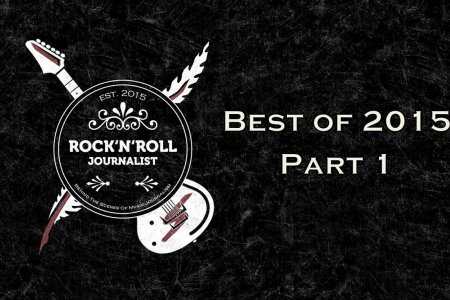